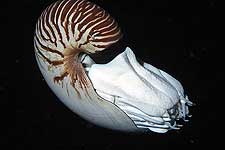 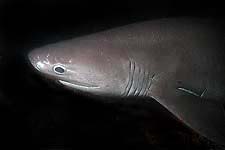 Who the heck is "Boydski"

Who the heck is this "Boydski" and where did he come from?

Well, that's a rather long and boring tale, but here is the short, sweet version of it:

Scott went to school at the Florida Institute of Technology (trying to get as far away from home as possible and still stay in the United States).  He managed to graduate (even with honors and all that) with a degree in BS (or maybe that was a BS in Ocean Engineering), and was lured off into the oilfield by the big $$'s the offshore drilling companies offered him.

He spent 14 years globetrotting with Sedco Forex (Schlumberger), mostly working as a Barge Captain on Sedco's semisubmersible drilling rigs (primarily in SE Asia).   Eventually he grew tired of the endless stream of airports and the 3-day commutes and decided to change careers.

So, then he went to work for Microsoft.  Why?  Good question, something about needing a new challenge.  He wound up providing support for Windows NT.  I think they called it "Corporate Network Support" for Micro$oft's  Premier Customers.

While Microsoft is a fun place to work, it's just too darn far from THAT UGLY GREEN HOUSE, so Scott gave that up for a job as a Sr. System Engineer at the local Hospital.   Those of you in the medical profession know that life at a hospital can be very interesting at times, but trying more often than not.  The 100% staff turnover in the IS department eventually burned out even this old Roughneck, and he moved on to greener pastures.

Greener Pastures (no relation to the Ugly Green House), turned out to be working for Frank Russell Company in Tacoma.  Working at Russell was good while it lasted, but when Northwestern Mutual Live Insurance bought the company, they outsourced IT and it was time to move on.

Finding a job in information technology during the "Dot Bomb" crisis was difficult, but I did find a great group of professionals to work with and am currently gainfully employed.   Who would have guessed?

So what does Boydski do in his "spare" time?  Let me see, he likes to  Scuba Dive , take pictures underwater, work on his dive gear, Cave Dive, Technical diving and, oh yeah, did I tell you he likes to Scuba Dive?.  If you see bubbles it just might be me.

Thanks for dropping by!